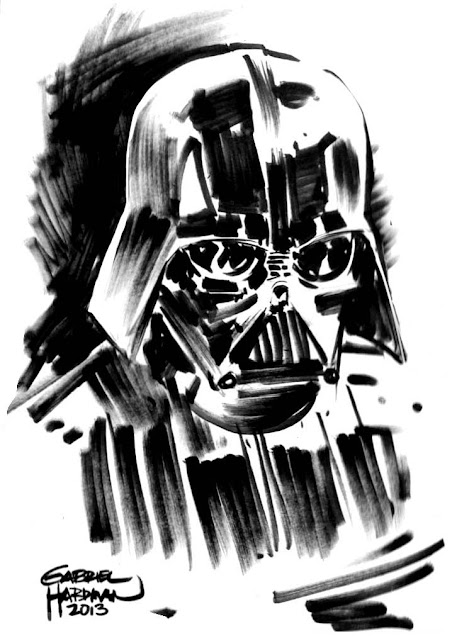 
I'm sitting in on this one to talk about the craft of comic book making with Jeff and Pat.

WonderCon Anaheim special guest Jeff Parker and guest artist Gabriel Hardman discuss how they approach the visual storytelling of comics and walk the audience through a Batman short story they completed recently. There will also be a chance to ask questions. Moderated by cartoonist/podcaster Pat Loika.

Corinna and I will be joined by editor Randy Stradley!
Official description:
January saw the publication of Brian Wood's Star Wars, one of the biggest launches in Dark Horse's 21 years of publishing Star Wars comics. The excitement continues in March with the return of Star Wars: Legacy! When it originally launched in 2006, Legacy shook up the Star Wars galaxy by pushing the "expanded universe" timeline-and Skywalker history-farther than it had ever gone before: over 100 years after the events of the original Star Wars trilogy of films. Now Legacy is back in a new iteration featuring an heir to the Solo line, written by Corinna Bechko and Gabriel Hardman. Join Bechko and Hardman as they talk about the new Legacy and take a peek at more surprises coming in 2013 for Star Wars comics at Dark Horse.

Then we'll be heading over to the Dark Horse Comics booth to sign Star Wars: Legacy #1 including the WonderCon exclusive variant with a cover by Dan Panosian: 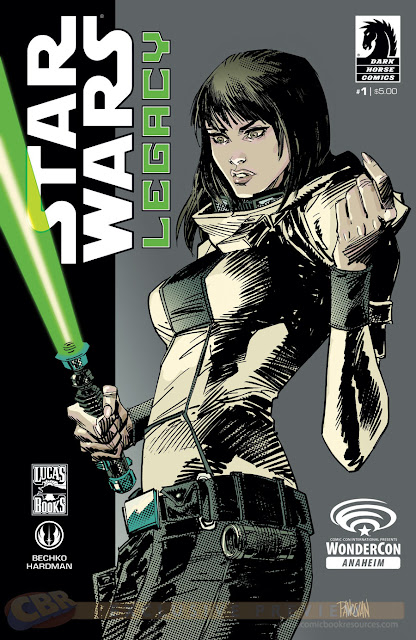 Hope to see you there!

Posted by Gabriel Hardman at 1:24 PM No comments:

Here are a few of the free sketches I drew for fans at Beach Ball Comics in Anaheim for our Star Wars: Legacy #1 signing: 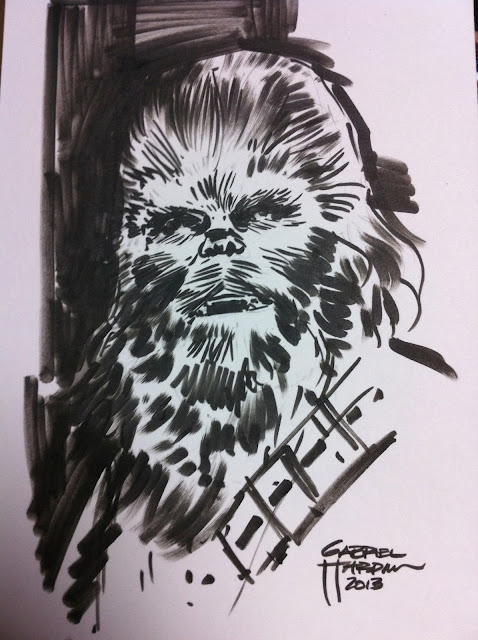 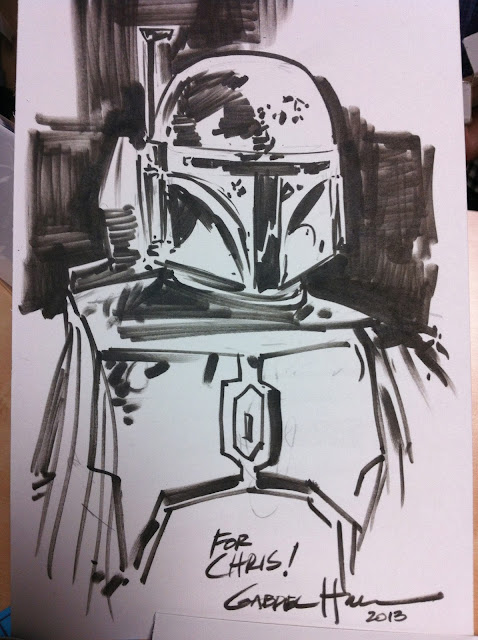 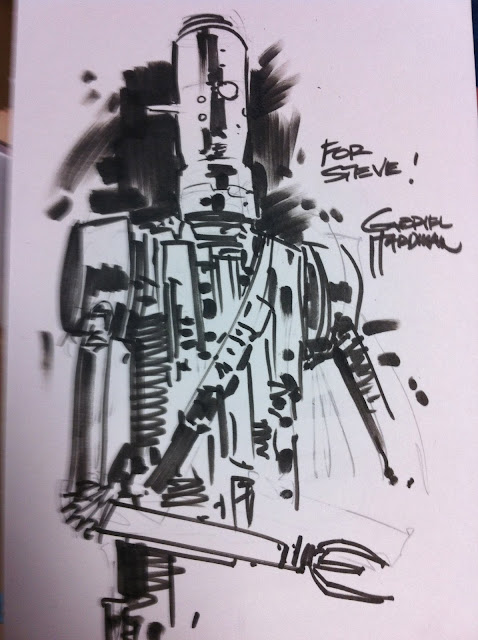 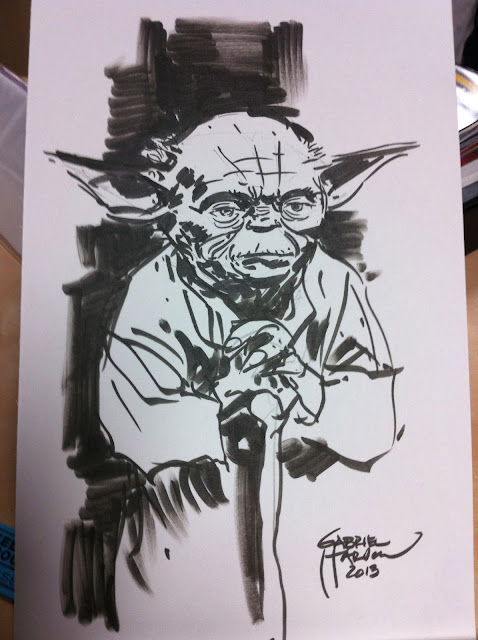 Posted by Gabriel Hardman at 4:24 PM No comments: 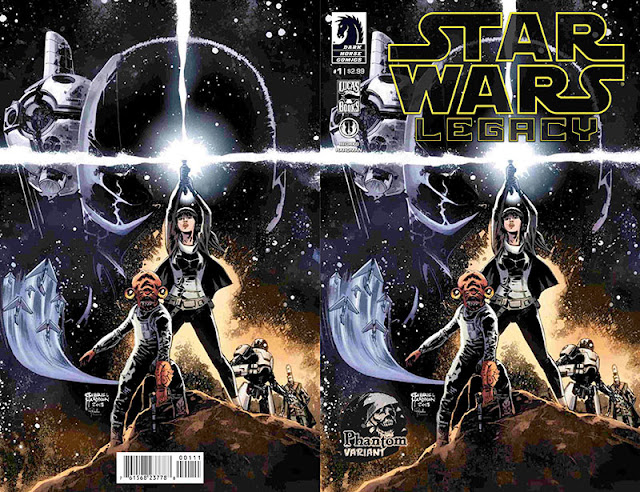 Star Wars: Legacy #1 is out on March 20th! That's pretty damn soon. It's co-written by me and Corinna Bechko and drawn by me. Colors by Rachelle Rosenberg and covers by Dave Wilkins.

Corinna and I have a few signing events in Southern California coming up to celebrate the release. If you're in the area, I hope you can make it to one! And bring donuts or cookies. Maybe donuts. Look, this is your decision, not mine.

Beach Ball is a great store, I've signed there before. I'll be doing some sketches. Corinna and I will be joined by cover artist Dave Wilkins. 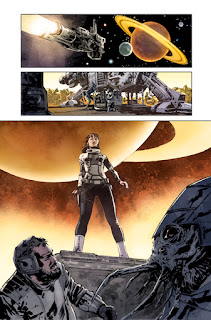 This will be our first time signing at the Collector's Paradise valley location. I'll be doing sketches for the first 20 customers. Dave Wilkins will be joining us here too. You can pick up my exclusive Phantom Variant cover (pictured above) as well as an exclusive print. 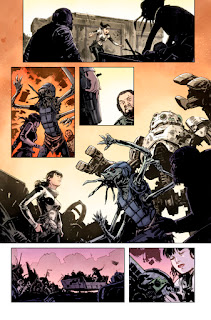 We won't have a table at WonderCon this year due to scheduling conflicts but we will be signing and appearing on panels Sunday.

We'll then be signing at the DARK HORSE COMICS booth after the panel.

ALSO...I'll be sitting in on Jeff Parker's spotlight panel from 1PM -2PM. I'll be portraying my grumpy and contrary character familiar to comics fans from my many podcast appearances. We'll be talking some craft and breaking down the Batman: Legends of the Dark Knight short story we collaborated on recently.

That's a lot of leaving the house! Hope to see you at one of these appearances! 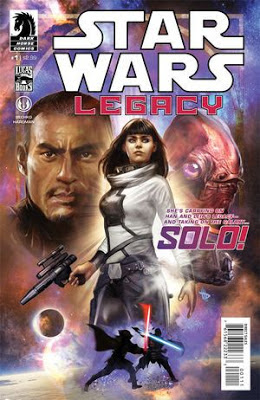 Posted by Gabriel Hardman at 1:39 PM No comments:

We had an amazing time at the Emerald City Comic Con this year. It was our forth time attending and while it's always been one of four favorite shows, this year exceeded expectations. Jim Demonakos and his team should be commended for keeping the unique comics oriented flavor of the con intact while growing the con in size and attendance. Also, Seattle is a near perfect location. It's so easy to get around, find good food and coffee and generally enjoy yourself outside the show. For me and Corinna it made for a very successful convention.

Here's a round up of the sketchs I drew at the show. The ones I managed to get a photo of anyway. 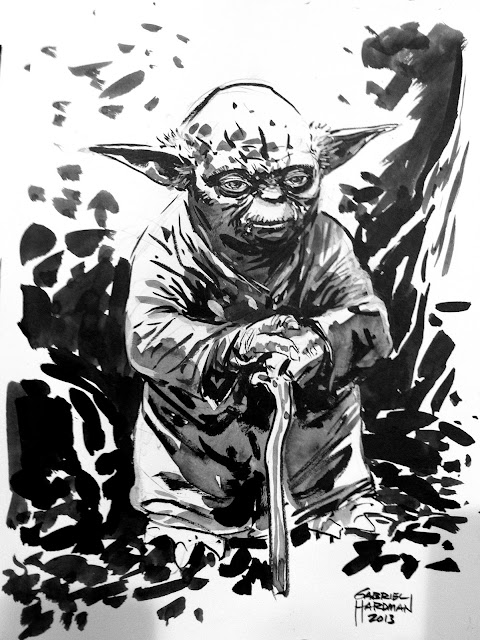 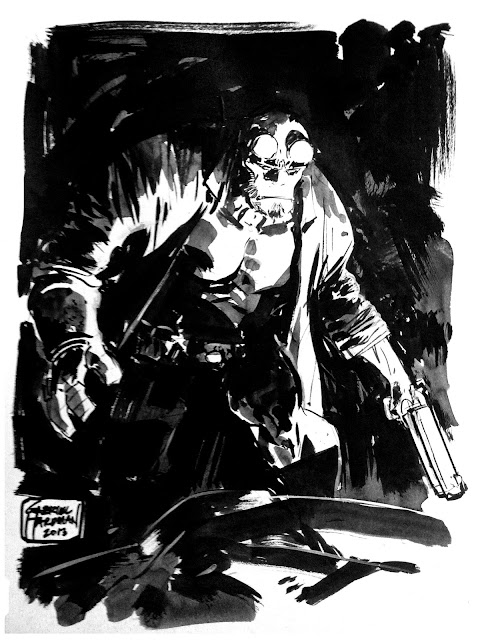 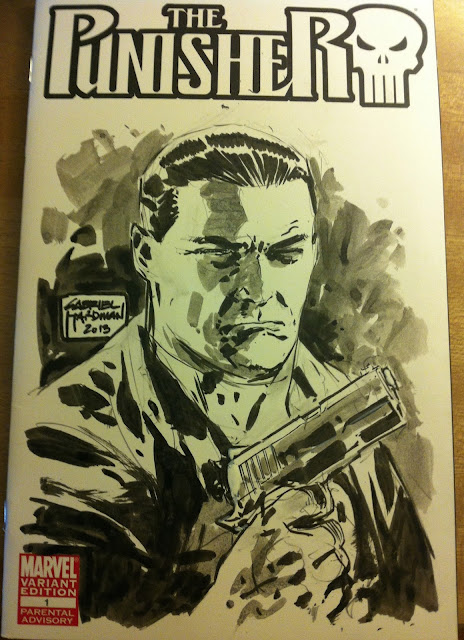 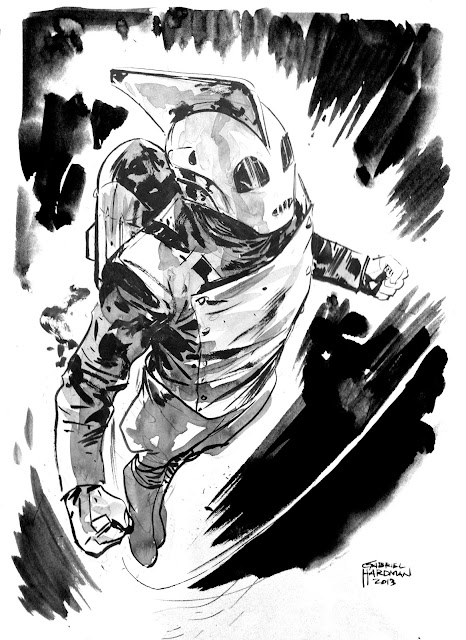 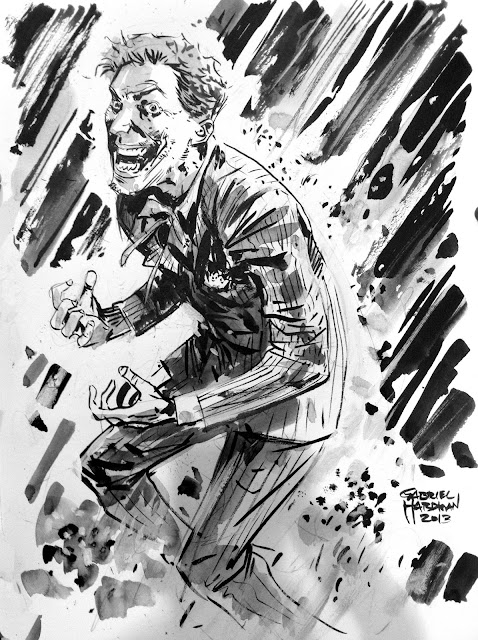 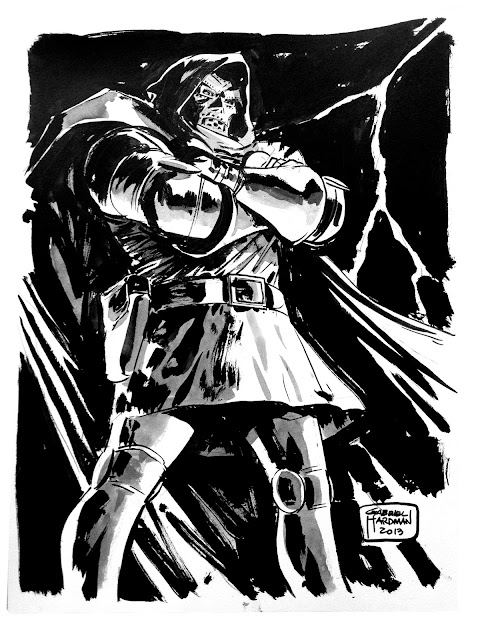 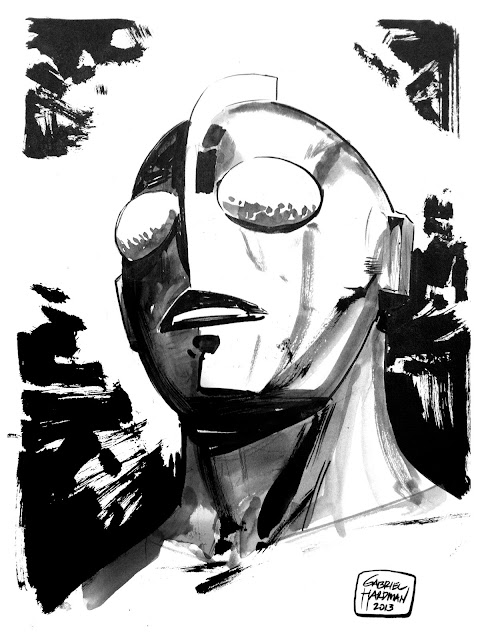 And don't forget: STAR WARS: LEGACY #1 is out March 20th. Here's the video of our Star Wars panel at ECCC alongside Brian Wood and Randy Stradley:


Posted by Gabriel Hardman at 1:30 PM No comments: