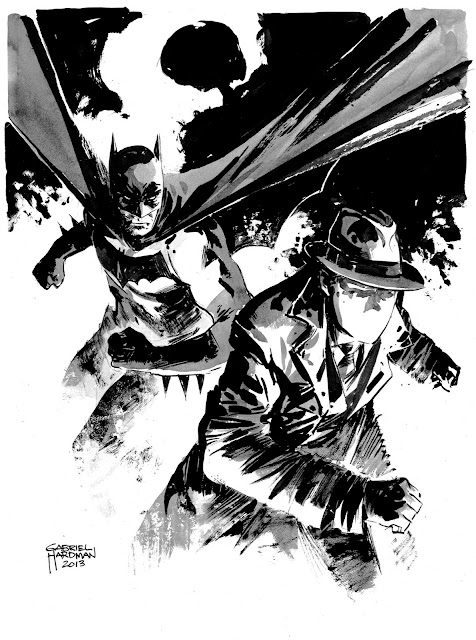 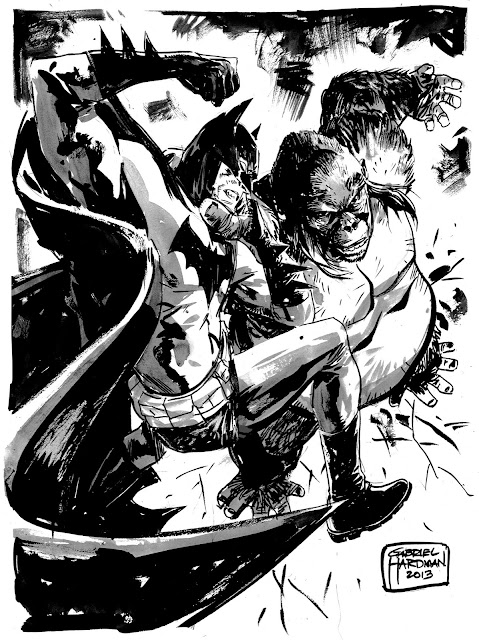 Posted by Gabriel Hardman at 7:22 PM No comments: 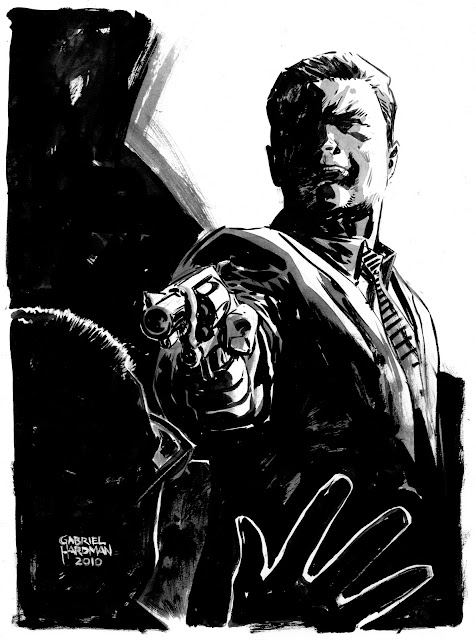 I'll be attending New York Comic Con again this year. The show will be held a Javits Center from October 10-13 and I'll be sharing a table with Corinna Bechko in Artist Alley. I'm starting a sketch list so if you're interested in getting sketch from me at the show please get in touch:  [email protected]

Here are my sketch prices:

Hope to see you there in October! 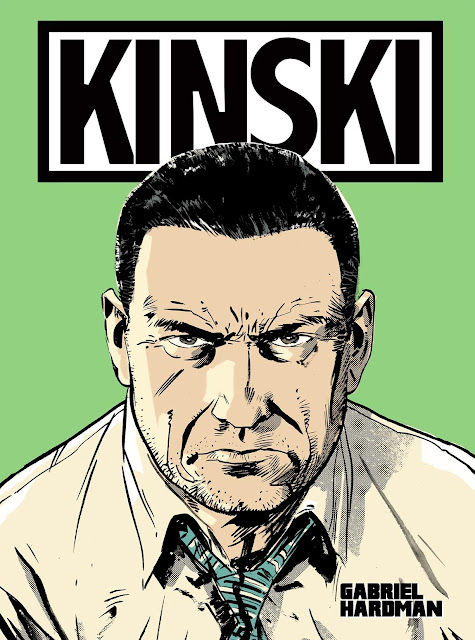 Kinski #3 will go on sale through Comixology on 9/18 and be available for pre-order on 9/4.

This is the third chapter of my digital first oddball dog stealing crime story from Monkeybrain Comics.

If you missed the first two issues that's not a problem. You can buy them for only 99 cents apiece RIGHT HERE FROM COMIXOLOGY.

Now you can also subscribe to KINSKI through Comixology so you won't miss an issue! 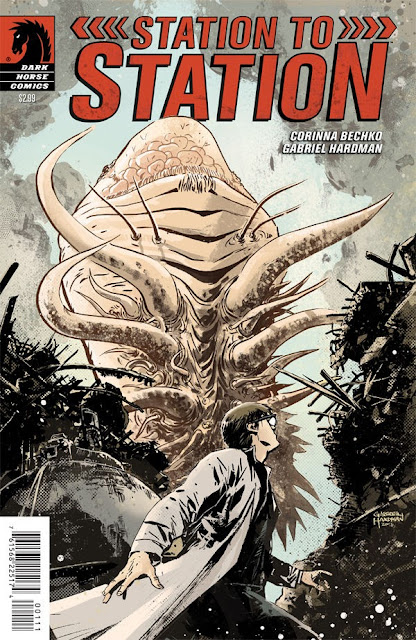 This Wednesday 8/28 our STATION TO STATION one-shot ships collecting the three part serial from Dark Horse Presents. If you were waiting to read the entire story in one collection, this is your chance! It will also be available digitally through the Dark Horse Comics app.

Something terrible has happened to the Bay Area. A pipeline explosion has totaled Treasure Island and destroyed the Bay Bridge. At least, that’s the official story . . .
An interdimensional monster has been brought to San Francisco, and only the men responsible can fight it off, but can they resist its brainwashing? From the pages of Dark Horse Presents!
It's big monsters, dinosaurs and scientintists on the run written by Corinna Bechko and myself. Drawn, colored and lettered by me!
Posted by Gabriel Hardman at 10:47 AM No comments: