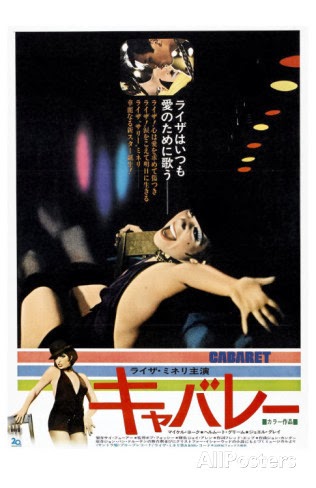 This is where Bob Fosse really starts to get interesting as a film director. His staccato editing style and ability to know exactly where to put the camera are on full display in here. And this is where he totally embraces the darkness.

Fosse provides some impressive minimalist choreography here, particularly “Mein Herr” early in the film, but it’s the drama, sadness and desperation of Berlin in the days between the fall of the Weimar Republic and the rise of Hitler that make the film.

The most striking (and chilling) musical number is the only one set outside the Cabaret. A young man singing a pretty, anthemic song accapella in a beer garden is revealed to be a Nazi stirring patriotic ferver among the rural Germans. Fosse suckers the audience in before revealing that the young man is a Nazi, making you complicit. Genuinely scary stuff.

I don’t think of myself as a Liza Minnelli fan but she’s actually great here. Her odd look and goofy charm work well in this context and she has great chemistry with Michael York. As a Fosse (the director) completist I feel like I should watch the television special LIZA WITH A “Z” that he directed the same year as CABARET…but so far I can’t bring myself to do it.

The sexuality of Michael York’s character is dealt with in a refreshing way for a movie of this period. Even though they played up the idea of his bisexuality at least it was honestly dealt with - still a rarity at this point in Hollywood history.

We never see the repercussions of the rise of the Nazis in CABARET but even if you (somehow) didn’t know the history I think the coming tragedy is properly built into the story. This gives the decisions the characters make all the more weight when we speculate what must have happened to them in the coming years. The final song has an unnerving and brilliant way of being superficially upbeat while we the audience know that none of this will last. 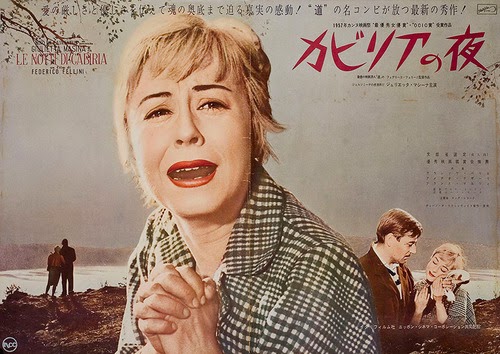 Let me just apologize in advance for this one. I’m sorry, world cinema lovers, I just don’t think much of Fellini’s NIGHTS OF CABIRIA.

The last time I made a serious attempt to watch Fellini’s films I was still a teenager. There was plenty of superficial enjoyment to be had from the style of LA DOLCE VITA and 8 ½ but his work never connected with me in a deeper way - the way it seems to connect with everybody else. Let’s just remember that I’m not writing reviews here, these are just my highly subjective impressions.

This viewing of NIGHTS OF CABIRIA was prompted by watching its loose remake, SWEET CHARITY. Yes, I’m one of those film nerds. I want context.

Here’s the thing: this movie is shrill and one-note. I know I’m supposed to fall for Giulietta Masina’s incessant mugging but as you might be able to tell from this very sentence, I didn’t.

Cabiria, the unpleasant prostitute of the title, starts the movie by unwittingly getting pushed into a river by her supposed boyfriend who steals her purse. The next two hours is spent telling this same basic story again in a much less convincing way.

So far I seem to be connecting with Fellini even less than I did when I was younger but I plan to re-watch more of his films. Maybe I’ll come away with a different opinion after putting it all in context. You never know. 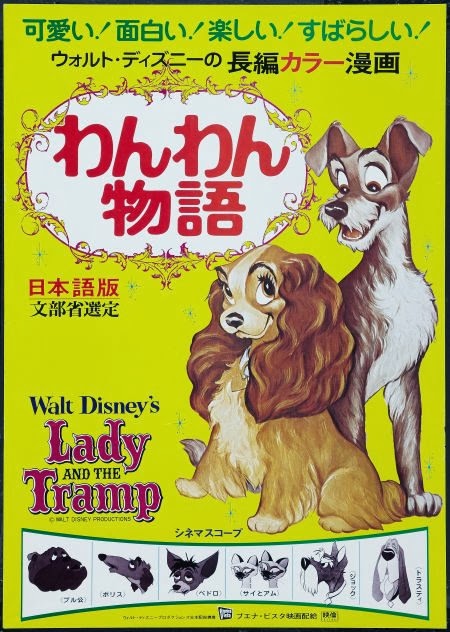 Remember that thing about how I don’t like animated movies? Well the cracks in that assertion are starting to show. We saw LADY AND THE TRAMP at the El CAPITAN theater and I loved it. 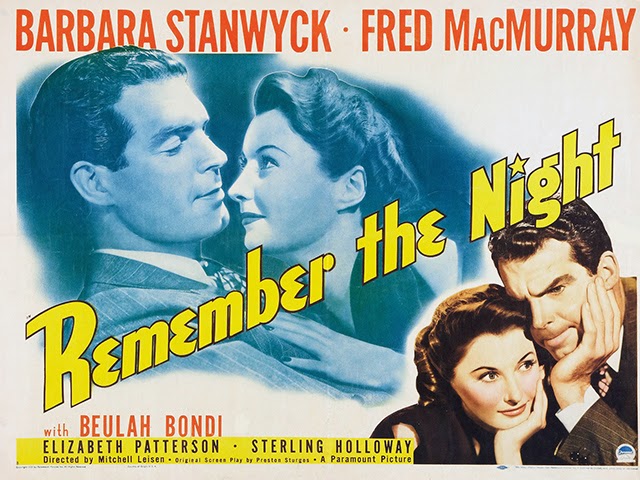 Being a devoted fan of Preston Sturges since I fell in love with SULLIVAN’S TRAVELS at 15, I have no excuse for never seeing REMEMBER THE NIGHT before now. This is a great movie.

There’s a tendency to run down director Mitchell Leisen because screenwriters like Sturges and Billy Wilder who became their own best directors didn’t like what he did with their scripts. But you know what? No screenwriter likes what a director does with their script. That’s just how this business works. There’s no doubt in my mind that we as a human race are better off for Sturges and Wilder directing their own material but that shouldn’t be a knock on a functional director like Leisen. He did some great work with those scripts and REMEMBER THE NIGHT is a perfect example.

I’m in no way trying to lessen the importance of Preston Sturges’ script. He was genius and REMEMBER THE NIGHT’s romantic comedy/drama script could be remade today with little adjustment.

Watch this if you haven’t! 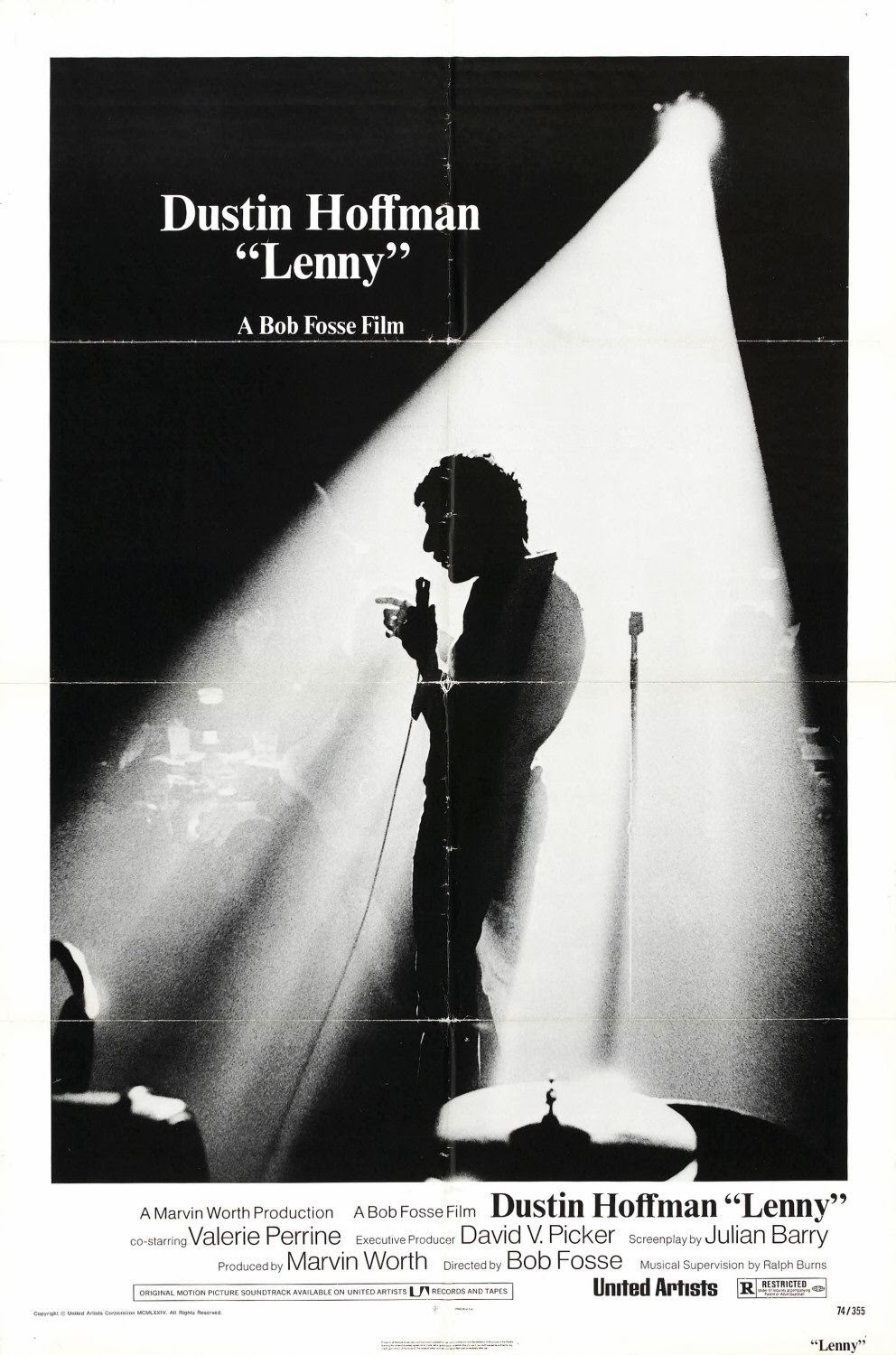 This film is a perennial for me. It’s one of those movies I’ve watched over and over because I can’t get enough of the stylish, smart way Fosse crafted it.

It’s a biopic of groundbreaking comedian Lenny Bruce but doesn’t get bogged down in the corniness or schmaltz that so many of its ilk do. It’s light on it’s feet, funny, dark and cynical. That’s a great combination.

Fosse takes his visual style and editing even further here and it’s a wonderful thing. If you’re a Scorsese fan and you haven’t seen LENNY, you need to. This is where he stole a bunch of his tricks. 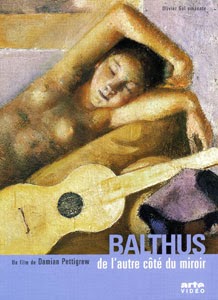 An interesting but frustrating little documentary on the great painter Count Balthasar Klossowski de Rola known as Balthus. The best thing about this is getting to see the man himself in his studio in his later years, but if you’re looking for a complete portrait, keep looking. There are many anecdotes and some shallow analysis but few facts to string them together. It doesn’t even come close to grappling with his lifelong obsession with painting adolescent girls and all the creepiness that goes along with it. Still, it was worth watching. 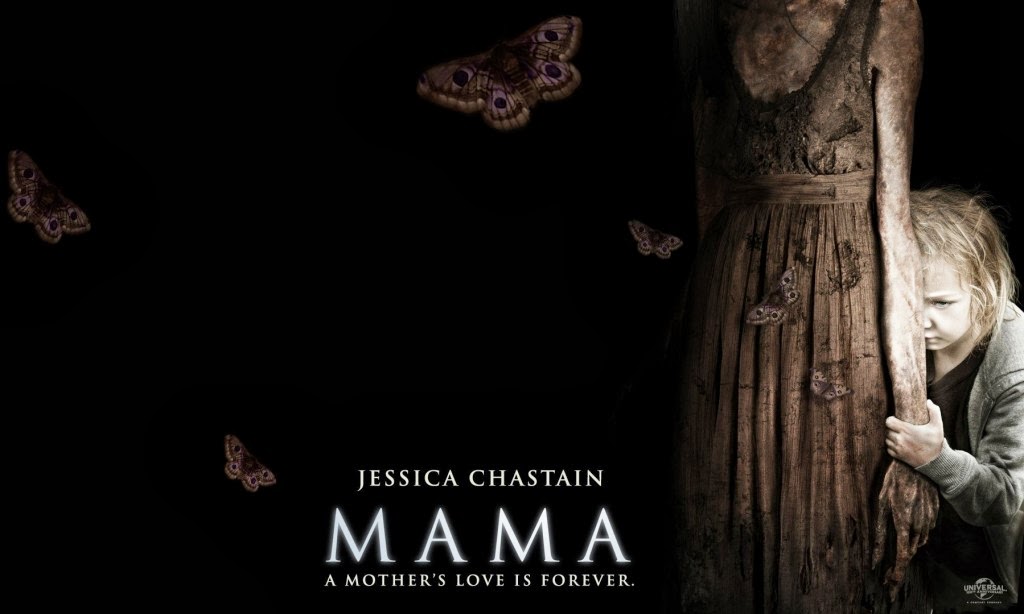 I had hopes for MAMA. It ha a great premise but fell into the same trap as nearly every recent atmospheric horror movie: it shows too much because it can. I’m just not scared of CG ghosts. It also tells us too much about what’s really going on far too early.

There are a few good gags. Not enough. But the fact is the story just falls apart as it goes. They had a premise but they couldn’t make a movie out of it.

For more of movies I've watched this month: Part 1, Part 2 and Part 3.
Posted by Gabriel Hardman at 6:20 PM No comments: